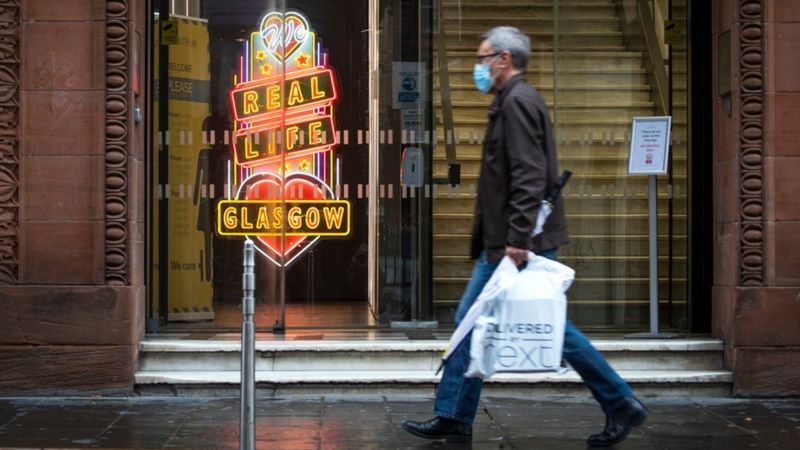 Scotland's deputy first minister has said it is not inevitable that parts of central Scotland
will move into the highest level of coronavirus restrictions in the next few days.

However, John Swinney did warn there were some Level 3 areas where rates of the virus
remained "stubbornly high".

In Level 4, non-essential shops, restaurants and bars would close.

Mr Swinney also said he hoped there would be "some availability" of the new vaccine
in Scotland before Christmas.

Speaking on the BBC's Politics Scotland programme, he said plans were continuing to
ensure a very broad cross section of the population were vaccinated as quickly as
possible.

But Mr Swinney warned of a tricky period ahead and said that just because a vaccine
was coming, the battle against Covid-19 was not over.

Figures for Sunday showed that 1,159 new cases of Covid-19 were detected in the past
24 hours, with no further reported deaths of people who tested positive for the virus.

However, the number of Covid patients in hospital rose from 1,198 to 1,241 and there
was an increase of eight people being treated in intensive care.

Local authorities in the Greater Glasgow and Clyde and Lanarkshire health board areas
were warned on Friday they could be placed under the highest level of Covid restrictions.

Many local authorities in the west of Scotland have not seen a significant decline
in cases and there has been a sustained increase in Renfrewshire, according to Public
Health Scotland data.

The latest stable figures from 11 November showed that Renfrewshire now has
the highest rate of Covid cases per 100,000 in Scotland, overtaking Glasgow.