Covid: England's regional tiers to be set out

Covid: England's regional tiers to be set out 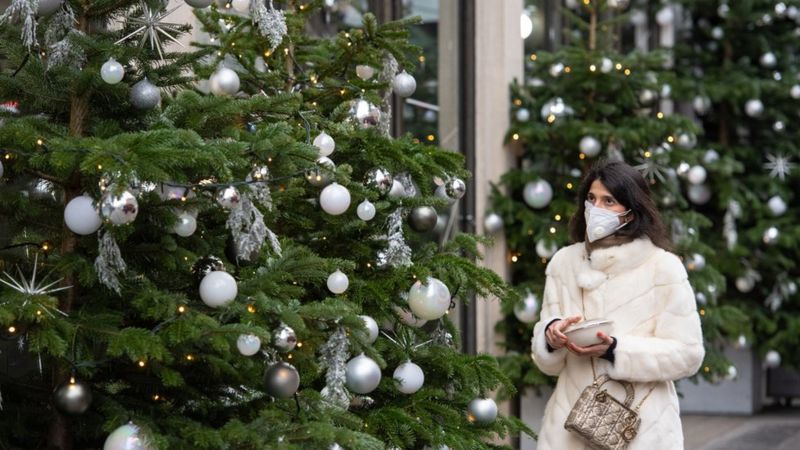 Most of England is expected to be placed in the two toughest tiers of coronavirus restrictions when the national lockdown ends next Wednesday. The system will be stricter than the previous one, meaning more local authorities will be in higher tiers. Health Secretary Matt Hancock will set out the plans in the Commons later, with a review promised by 16 December. BBC political editor Laura Kuenssberg said she understood only a "handful" of areas would be in the lowest tier. She said most areas, including London, would be in tier two with "still significant numbers" in tier three - facing the highest level of restrictions. Ministers have made the allocations based on public health recommendations informed by the following factors:
Case detection rate - in all age groups and, in particular, the over-60s
How quickly case rates are rising or falling
Positivity in the general population
Pressure on the NHS - including current and projected NHS capacity
Local context and exceptional circumstances, such as a local but contained outbreak
An area could be moved up a tier if these indicators are not improving, and likewise down to a lower one if they improve. The final decisions will be made by Prime Minister Boris Johnson, the government said. Mr Hancock has urged people to follow the rules so "together we can get out of these tough measures".
"I know for those of you faced with tier three restrictions this will be a particularly difficult time but I want to reassure you that we'll be supporting your areas with mass community testing and extra funding," he said.
What are the current rules in your area?
What will the new rules be?
Where will mass testing be available?
Areas placed in tier three will be eligible for rapid or "lateral flow" tests - which give results in about 20 minutes without the need for a lab - to help bring down infections and reduce restrictions. And they will be offered support by NHS Test and Trace and the armed forces to deliver a six-week rapid community testing programme. Tier allocations will be reviewed for the first time by 16 December, allowing for "the possibility of areas which continue to make progress in slowing the spread of the disease" to be moved down a tier before Christmas, the government said.
On Wednesday, the government recorded another 696 UK deaths within 28 days of a positive Covid test, the highest daily figure reported since 5 May. Total deaths now stand at 56,533.
A further 18,213 lab-confirmed cases of coronavirus were also reported. โปรโมชั่น xo wallet
'Remarkable progress'
London Mayor Sadiq Khan said it would be the "right and sensible decision" for the capital to be placed in tier two, as he warned that tier three would be a "hammer blow" to businesses. Liverpool City Region Mayor Steve Rotheram said he hoped the area - which was the first area of England to enter the highest tier in October - would not return to tier three restrictions. He said the city region had made "remarkable" progress since being put into tier three, with infection rates in two areas dropping from about 750 per 100,000 people "to 180 across the city region".
Meanwhile, Greater Manchester Mayor Andy Burnham said it was "more likely than not" his area would be put into tier three. He said although infection numbers in Greater Manchester were still high, the rates were falling. Elsewhere, Lancashire's council leaders have submitted a proposal to the government to divide the county into two different tiers when the lockdown ends next week - as coronavirus rates are lower in places like Lancaster and Wyre than they are in East Lancashire.
A request has been made for Hyndburn, Rossendale, Burnley, Pendle and Preston to go into tier three restrictions while Fylde, Wyre, Lancaster, Chorley, South Ribble, Ribble Valley and West Lancashire would go into tier two. This would mean there would be different restrictions on socialising and the hospitality sector in different parts of Lancashire.
The return of the tier system in England comes as people have been urged to be cautious of the risk of spreading coronavirus when rules are relaxed over Christmas. The PM said the public should "think carefully" over the festive period, after it was confirmed that three households will be able to form a Christmas "bubble" from 23 to 27 December. Prof Andrew Hayward, director of the UCL Institute of Epidemiology and Health Care, and a member of the government's Sage committee, said allowing families to meet up over Christmas amounted to "throwing fuel on the Covid fire". Meanwhile, the Nightingale Hospital in Exeter will receive its first coronavirus patients on Thursday, officials have confirmed. The 116-bed hospital built on the site of a former retail unit will treat people with Covid-19, taking patients transferred from the Royal Devon and Exeter NHS Foundation Trust as it is "very busy".
Вернуться к началу
Ответить
1 сообщение • Страница 1 из 1